感谢Eric S.Raymond为所有为开源所奋斗的人们的鼓舞:
Reasons to Believe
The future of Unix is full of difficult problems. Would we truly want it any other way?
For more than thirty years we have thrived on challenges. We pioneered the best practices of software engineering. We created today's Internet and Web. We have built the largest, most complex, and most reliable software systems ever to exist. We outlasted the IBM monopoly and we're making a run against the Microsoft monopoly that is good enough to deeply frighten it.
Not that everything has been triumph by any means. In the 1980s we nearly destroyed ourselves by acceding to the proprietary capture of Unix. We neglected the low end, the nontechnical end users,for far too long and thereby left Microsoft an opening to grossly lower the quality standards of software. Intelligent observers have pronounced our technology, our community, and our values to be dead any number of times.

But always we have come storming back. We make mistakes, but we learn from our mistakes. We have transmitted our culture across generations; we have absorbed much of what was best from the early academic hackers and the ARPANET experimenters and the microcomputer enthusiasts and a number of other cultures. The open-source movement has resurrected the vigor and idealism of our early years, and today we are stronger and more numerous than we have ever been.

So far, betting against the Unix hackers has always been short-term smart but long-term stupid. We can prevail — if we choose to. 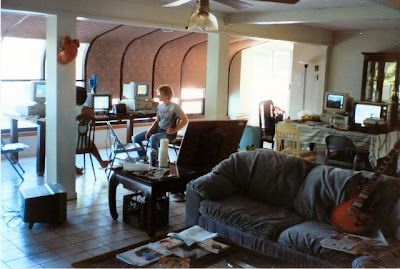 The best way to predict the future is to invent it.May God bless OpenSource community!!!