I've been to the BEA UG party last weekend.BEAThank BEA provided so many food for us.

Between these two streams(In Java's stuff) -- the JCP and open source .BEA straddle the line between open source and closed tools. Although many IBM tools are proprietary, it has been a major contributor to Java itself and to the open source community. BEA has become very active of late with its “blended” strategy, in which its proprietary tools actively support open source products. In addition, BEA also has donated code and bodies to several open source projects.I like the style of BEA which stick to donate src to OpenSource community. 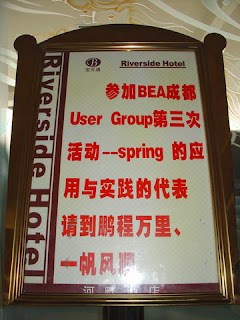 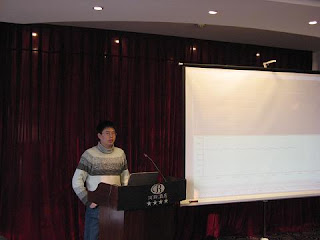 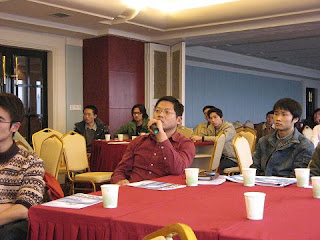 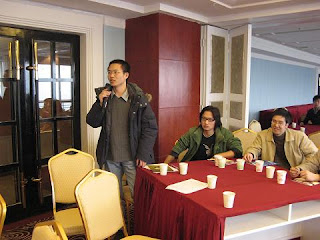 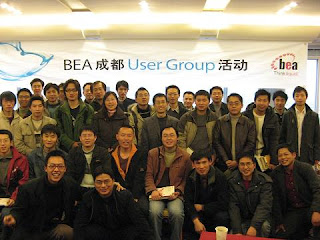 PS:Ned was come to my hood and we are talk about that TRANS-MACHINE will be replaced the stutters in the future.It's really a great news and Im looking forward to see how capersome's happend throughout the world.God be with stutters.
Posted by Unknown at 2/05/2007 11:24:00 PM